Sarbottam Cement Limited is going to issue an initial public offering through book building. The company had given the estimated price to the Qualified Institutional Investors. The estimated price of the IPO is Rupees Seven Hundred Fifty (750) per unit which remains to be approved from QII. Before going for book building, the company has to make a statement to the QII as per Section 6 of the Book Building Directive, 2077, as per Schedule 5 of the Rules, and disclosure of the basis and justification of its estimated value and valuation in the said statement. 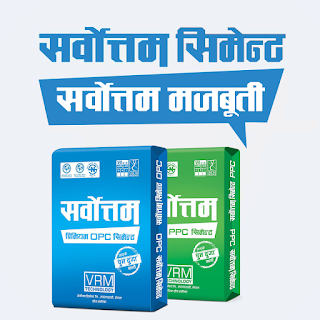 The company has already started work for the process. Bharat Babu Dahal ( CEO of Sarbottam Cement Limited) said that the company would apply to the Securities Board of Nepal  (Nepse) for the IPO issue  permission based on the price determined after the completion of the QII process.

Saurabh Group’s started its business in Myanmar. Till the 1960s, Bishnu Prasad Neupane’s father, Lila Ram Neupane, was doing retail business alongside running a butter processing factory in Lashio town in the Shan state of Myanmar. After Buddhism was made the state religion in the 1960s, people of Nepali and Indian origin were forced to leave the country. Lila Ram Neupane made a decision to leave Myanmar and resettle in Nepal and started his own business with a wholesale store of textiles in Bhairahawa. During that time, textiles were brought from Kathmandu and distributed there. Later, he also took dealerships of the National Trading and Salt Trading Limited.
It was in 1964 when the business took shape of a group and was further diversified. Bishnu Prasad Neupane took up responsibility in 1986 and started the Jagadamba Cement Industries, his first manufacturing venture, in the early 1990s.
Saurabh Photo International, the authorized distributor of Konka products, was in the agency trading business since 1990 and has a strong presence in the market. Currently, the group is mainly involved in the production of cement, steel, tea, spun yarn, PP Woven fabrics, calcium carbonates and other such products. The group’s trading activities continue with imports of Konka products, Citizen watch components, and other Chinese products.