The audition for the popular reality show Comedy Champion Season 2 is open from today. The show, which was very popular last year, is now taking digital auditions due to the Corona epidemic. The comedy champion has stated that you can participate in the audition till September 30.

Steps for the Audition

.From the videos received, the comedy champion will choose the best and invite you to participate in the reality show. 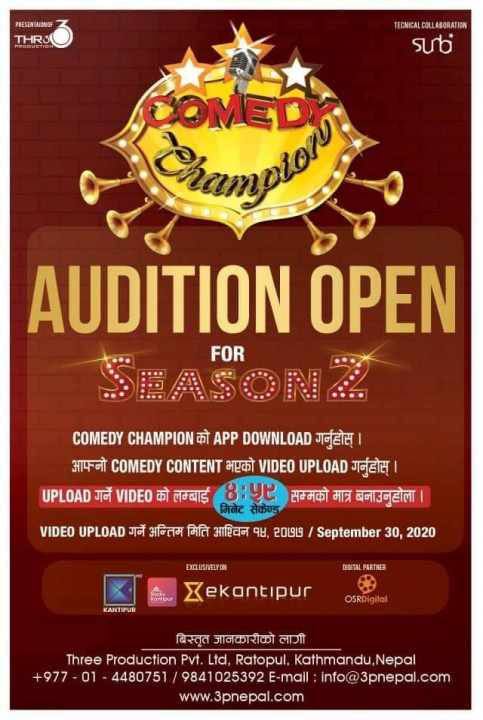 Comedy Champion is the most popular show of Nepali Television Industry. The winner of the Comedy champion season 1 is Himesh Panta.  All the contestants of the comedy champion are very much popular this time. Some of them had opened their own youtube channel and they are doing their best on their field