Skip to content
Due to the risk of corona infection, the government had announced a lockdown from March 26, 2020. Since then, the campuses has been completely closed and the examinations have been postponed. Teachers and staff were given public leave during the lockout period.
However, the administration of Tribhuvan University was reopened on July 20.
According to Surya Prasad Adhikari, Chief of Information and Public Relations Division, Tribhuvan University, the campus will be operational from July 22 after the cabinet meeting on Monday decided to end the lockdown from midnight on July 20.
The government has also decided to conduct student admission and examination from September 20. Accordingly, TU has started preparations to start taking exams from the first week of August 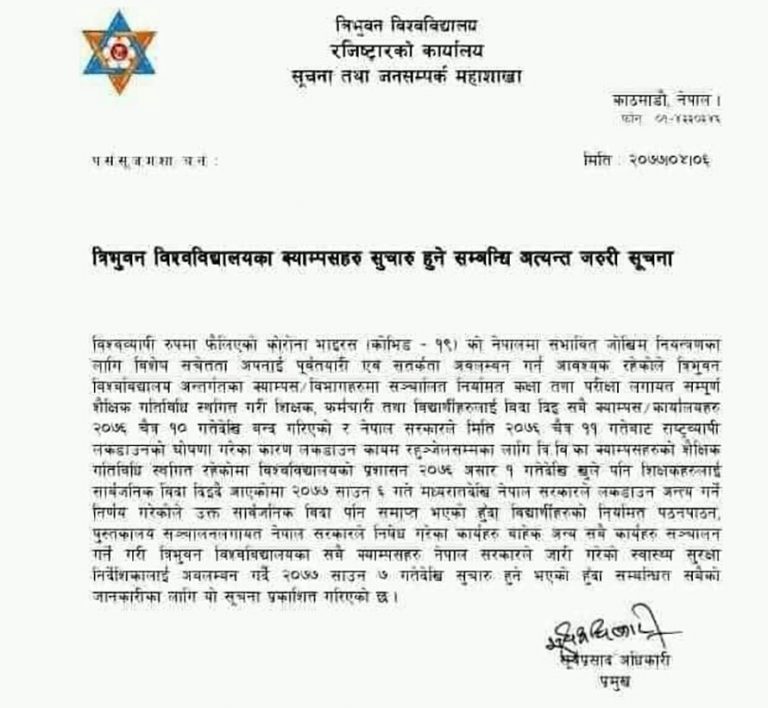