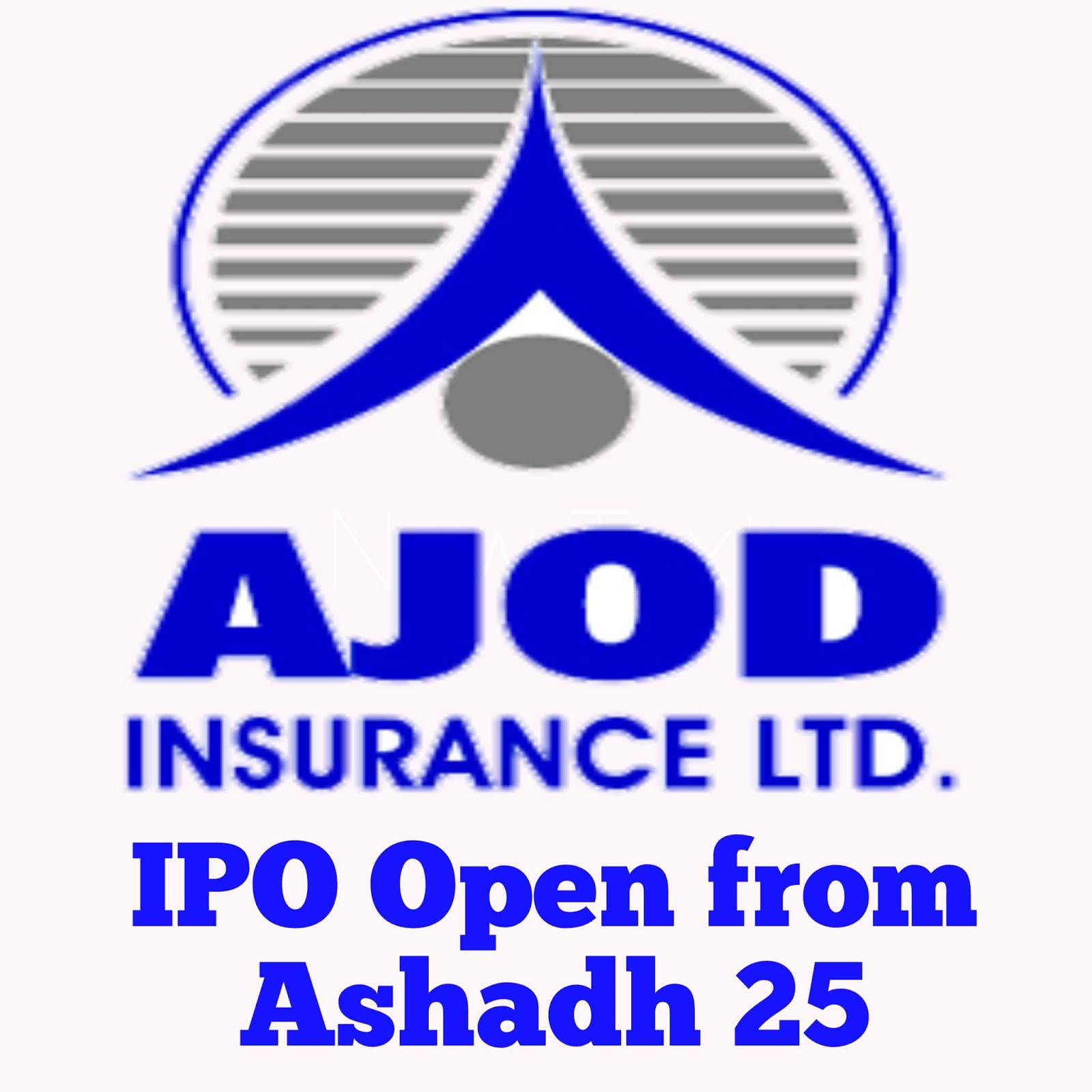 Applicant can apply from 10 units to 10000 units. NIBL Ace Capital is issue manager for the ipo issuance. Global IME Capital and Kumari Capital are the underwriter for Issue.

AJOD Insurance Limited was set up under the Insurance Act of 1992 (2049 B.S.). Getting license and approval from Insurance Board of Nepal (Beema Samiti), it was formally established in 2008 (2064 B.S.) and officially started its operation from 21st Ashad 2075 (5th July, 2018).
The Company is founded and supported by leading commercial banks, bankers and highly fervid professionals having successful career history from various fields viz government/non-government (Civil Servants/Armed forces) sectors, hydropower, supermarkets, real estate, reputed trading houses and also diplomacy. Therefore, AJOD enjoys a firm backdrop and amalgamation from Nepal’s Intellectuals to financiers with an active involvement for its nourishment to flourishment.
The authorized and issued capital of the company is Nepalese Rupees One Billion (USD equivalent 10 Million). The 70% of the subscription has been fully paid up by the promoters permitted under the law and the remaining 30% is expected from the general public through Initial Public Offering (IPO). Furthermore, the company has managed to meet competition and is moving in forward direction to grasp the growing market within a very short span of time from its inception by pursuing a policy of aggressive marketing, prompt service delivery and result oriented action, notably, keeping the standard at the highest possible level
>>>>>>>>>>>>>>>>>>>>>>>>>>>>>>>>>>>>>>>>>>>>>>>>>>>>>>>>>>>>>>>>>>>>>