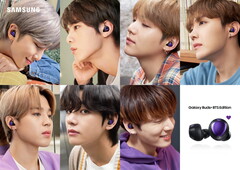 Samsung announced the Galaxy S20+ BTS Edition a few days ago as a means to appeal to fans of the K-Pop band, marketing it as an “exclusive opportunity for fans worldwide to attach more closely than ever with their favorite band”. The Galaxy S20+ BTS Edition went on pre-order yesterday and to absolutely no one’s surprise, is already sold out.
In fact, the phone was sold in under an hour—a testament to the dedication of BTS fans worldwide. While Samsung didn’t provide information on exactly how many units were made available, it’s easy to deduce the numbers were well up in the thousands.
It helps that the BTS Galaxy S20+ wasn’t excessively priced, as has become the norm with some special edition products. The regular S20+ had a price of about 1.5 million Won⁠—US$1240⁠—for both the phone and the Galaxy Buds+ on pre-order. The BTS Edition also offers the phone and the purple Buds+ BTS Edition, but for 1.6 million Won⁠—US$1320. That’s just US$80, or a 6% difference in pricing. That’s a premium BTS fans were willing to pay. 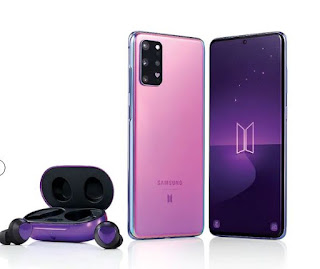